Cape Cod is a peninsula in southeastern Massachusetts popular with the moneyed class and tourists. Originally known as the Red Devil, the Cape Cod (also known as the Cape Codder) cocktail was the brainchild of the Massachusetts based Ocean Spray company designed to move its prime product: cranberries. Ocean Spray created the cocktail in 1945, and it went mainstream by the end of the following decade. 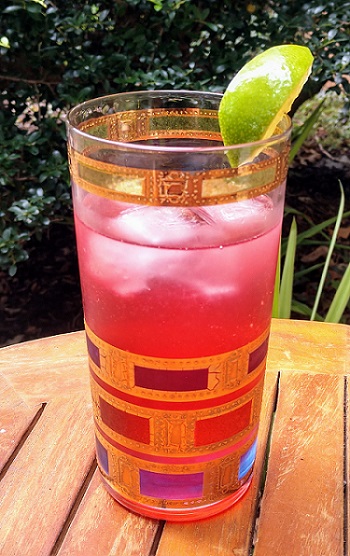 Combine in a shaker with ice, shake with the rhythm of ocean waves gently rolling onto shore, and strain into a glass over ice. Lime wedge garnish optional.

Think of the Cape Codder as the less boozy, older relative of the Cosmopolitan. Most versions of the Cape Codder call for squeezing the lime juice into the vodka-cranberry juice mixture. To me that goes against the Hamlet Cocktail Conundrum, so I shake everything instead of mixing in the glass. If the vodka-cranberrry juice-lime garnish combination seems familiar, it's because the Cape Codder is the basis of other popular drinks. You can substitute grapefruit juice (the Sea Breeze), orange juice (the Madras), pineapple juice (the Bay Breeze), or soda water (the Rose Kennedy).

If you want a refreshingly light cocktail, a Cape Codder is your cocktailian destination.