Don't Do It With This Drink -- The Procrastination

I'll get to it later. Tomorrow. Next week. We've all procrastinated. Maybe you're doing it right now. The Procrastination is a cocktail that's definitely worth reading about and drinking. Paul Clarke in Seattle created the Procrastination, and I slightly adapted the recipe after discovering it in Difford's Guide. 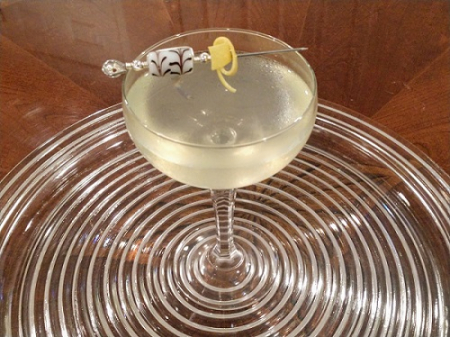 Combine in a mixing glass with ice, stir slowly as if you're procrastinating, and strain into a glass, preferably a coupe. Lemon peel garnish optional.

The Procrastination is smooth and strong. Its combination of gin, vermouth, and citrus flavor is reminiscent of my Gintringuing, and the combination of gin, limoncello, and Chartreuse makes it similar to a Lemony (which I also learned about courtesy of Difford's Guide). The green Chartreuse, used in drinks such as the Last Word and the Tipperary, adds a little kick to the Procrastination. The difference between Clarke's original and my version is simple -- Clarke calls for 1/6 ounce of Chartreuse, and I just rounded up to a quarter ounce to make my life easier.