Ask Not What Your Cocktail Can Do -- The Fitzgerald

"Ask not what your country can do for you, ask what you can do for your country." This memorable call to action in President John Fitzgerald Kennedy's inaugural address inspired and challenged Americans in 1961. Roughly 40 years later legendary bartender and author Dale DeGroff created the Fitzgerald at the Rainbow Room in New York. Compared to its original name (Gin Thing), the name Fitzgerald evokes more class. 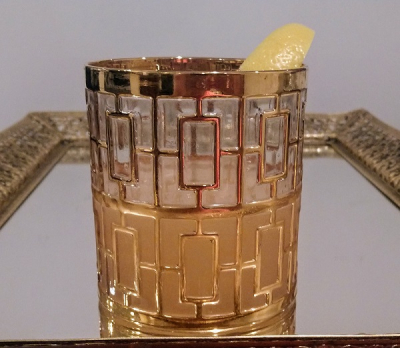 Combine in a shaker with ice, shake as if you're excited to have a drink with a certain President (JFK) or author (F. Scott Fitzgerald), and strain into a chilled glass. Lemon wedge garnish optional.

The Fitzgerald is easy to make, tasty, and refreshing.  It is more or less the gin equivalent of a Whiskey Sour or a Lemon Drop with bitters. DeGroff uses an ounce and a half of gin to an ounce of simple syrup, but I like the Fitzgerald better with a 2:1 ratio. The bitters make it vaguely pink. Reputedly President Kennedy preferred a Daiquiri or a Bloody Mary, but my guess is he would have had a Fitzgerald or three while going toe to toe with the Soviet Union during the Cuban Missile Crisis (read a book about it or see the movie Thirteen Days). Feeling Presidential? Think about having a Roosevelt, a Fireside Chat, or an El Presidente.

And so my fellow cocktailians -- ask not what a Fitzgerald can make for you, ask when you can make a Fitzgerald.