It's A Long Cocktail Way -- The Tipperary

"It's a Long Way to Tipperary" was a popular song during World War One. Referring to a town and county in southern Ireland (Ms. Cocktail Den and I drove near it but did not go there), the first mention of the Tipperary cocktail came in 1916, four years after the song. The recipe evolved over time. I first had a Tipperary at the excellent Here Nor There bar in Austin. 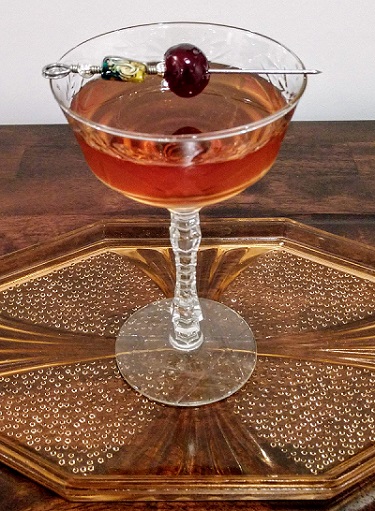 Combine in a mixing glass with ice, stir with the determination of wanting to see your significant other again, and strain into a chilled glass. Amarena cherry or lemon peel garnish optional.

First appearing in Hugo Ensslin's cocktail recipe book (the same book that gave us the Aviation), the original Tipperary has the same proportions as the modern Luck of the Irish. That's a good drink if you really like green Chartreuse. As for the Irish whiskey, use whichever one you prefer. Subsequent versions of the Tipperary call for slightly more Irish whiskey, and some add Angostura or orange bitters.  I like the simplicity of this Tipperary because of its 3:2:1 ratio. It's not a long way to this great cocktail.

Intrigued by pairing green Chartreuse and sweet vermouth?  Try a Bijou.  Like Irish themed cocktails?  Try a Good Cork, Intense Irish, or the iconic Irish Coffee. What will your liver say?  Slainte!

Grigori Rasputin was a self-anointed prophet during the the reign of Czar Nicholas II.  Nicknamed the "Mad Monk" even though he wasn't a monk, Rasputin was a charismatic figure. He insinuated himself into the Russian royal family after he supposedly cured the hemophilia of the Czar's only son (he actually may have hypnotized the boy).  Wary of his increasing influence, his enemies went to great lengths to murder him (cyanide poisoning, shooting, then drowning). Unlike its namesake, the Bitter Rasputin did not come out of early 20th century Russia. It's actually a 2014 creation from Jim Lindblad. 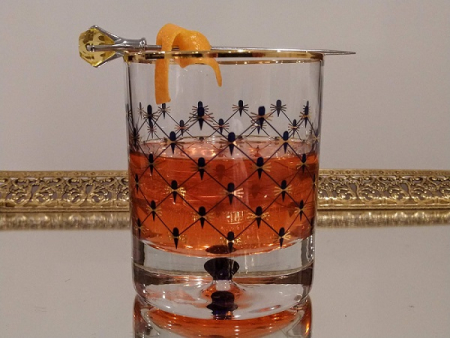 Combine in a mixing glass with ice, stir with a hypnotic motion, and strain into a chilled glass.  Orange peel garnish optional.

No doubt about it, the Bitter Rasputin is strong. Vodka is a natural base for a Russian themed cocktail, da? As with other drinks such as my original Venetian Kiss, vodka pairs well with Campari. Combined with orange bitters, the Campari is what makes the cocktail bitter. Green Chartreuse, a key part of drinks such as the Bijou and the Last Word, injects a little liquid power and a hint of herbal sweetness. Mesmerizing as the Bitter Rasputin is, be careful.  You don't want to end up like Rasputin.

Ready for a possible cocktail epiphany? Once you taste it, you'll fall under the spell of the Bitter Rasputin.