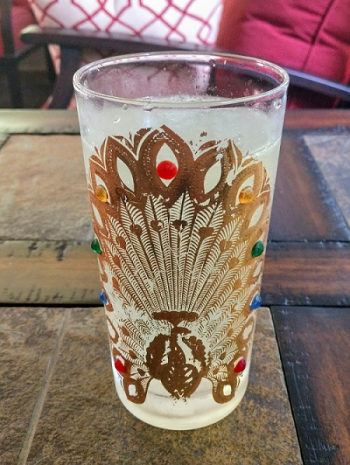 A Drink For Rogues And Scoundrels -- The Suffering Bastard

These days the Suffering Bastard is known as a tiki drink like the Mai Tai, but its roots date back to the North African front during World War II.  Joe Scialom, head bartender at the Hotel Shepheard (not a misspelling) in Cairo, created the Suffering Bastard as a hangover cure. Facing a devastating defeat, British troops requested mass quantities of the libation. Scialom delivered, the British held the line at the Battle of El Alamein, and the Allies ultimately prevailed. Like Frank Meier, the creator of the Bee's Knees, Scialom was part Jewish and played a role in defeating the Nazis. 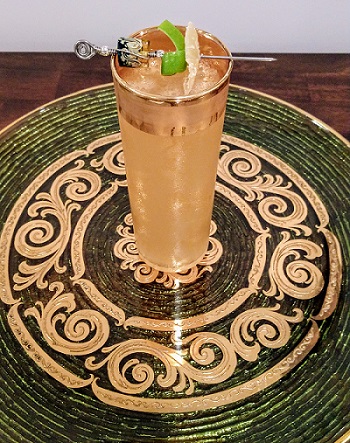 Combine everything except the ginger beer in a shaker with ice, shake with the fury of a fighting bastard, strain into a chilled glass (preferably rocks or highball), and top with ginger beer.  Lemon or lime peel garnish optional.

Bourbon and gin looks like an odd combination for the base of a cocktail.  It is.  But it works.  If you like ginger like I do, ginger liqueur is a great addition to the Suffering Bastard. I’m a big fan of Barrow’s Intense (full disclosure – I'm a very small investor), and if you use it you'll have an Intense Suffering Bastard. Most ginger beers on the market are non-alcoholic, and I suggest using one here. Just like its creator, the Suffering Bastard is intriguing.  Scialom led a storied and itinerant life, as after the war he plied his craft at some of the top hotels in San Juan, Havana, and New York.

Are you a suffering bastard?  Do you want to make a bastard suffer? Then raise a glass to Joe Scialom and have a Suffering Bastard.