A Well Dressed Drink -- The Tuxedo

A tuxedo exudes sophistication. Whether your tastes run to ZZ Top (who sang about a sharp dressed man), James Bond (who frequently sports a tux), or both, you may like the Tuxedo. It originated sometime between 1886 when the Tuxedo Club opened in New York and 1900 when it was mentioned in Harry Johnson's Bartenders' Manual. 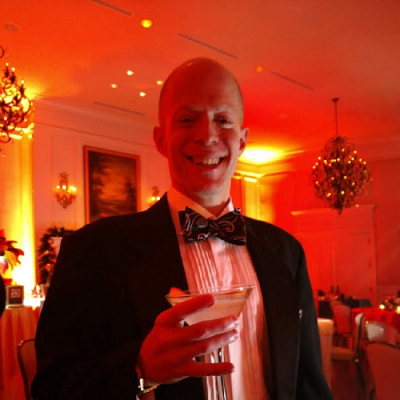 Just as the tuxedo jacket (also associated with the club after a member adopted the look from an English prince) has all sorts of variations, so does the Tuxedo cocktail. Actually the Tuxedo is a group of drinks, all of which have some type of gin as the base spirit. This is the one I prefer.

Combine in a mixing glass or shaker with ice, stir with style, and strain into a chilled glass. Lemon peel and Luxardo cherry garnish optional.

A Tuxedo is very similar to a gin Martini.  It is a pretty dry drink.  The cocktail resembles the jacket in another way.  Why? Just as a tailor can craft the tuxedo to the taste of the wearer, you can craft a Tuxedo to your taste. For example, if you want a slightly sweeter Tuxedo, add a little more maraschino liqueur (mixed with gin in other drinks such as the Last Word) and/or cut back on the vermouth. Many versions incorporate absinthe. You can use it to coat the inside of a glass just like you would with a Sazerac.

Will drinking a Tuxedo make you look sophisticated and classy?  Maybe not.  But to paraphrase the great baseball sage Crash Davis in the movie Bull Durham -- drink classy, you'll be classy.

Food (or drink) for thought.