Konichiwa is the Japanese word for "hello." You can't get maple syrup in Japan, but you can use Japanese whiskey and maple syrup to make a tasty drink.  I discovered the Japanese Maple, a creation from bartender Damian Windsor, in Chilled magazine, and this is my minimally adapted version. 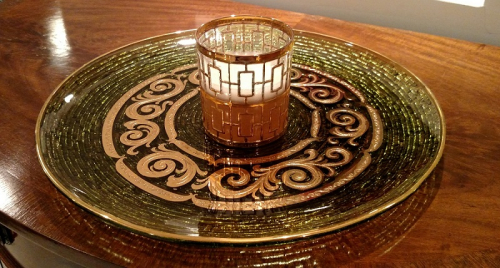 Reverse dry shake (see Shake, Shake, Shake ... Shake Your Egg Whites), or combine in a shaker with ice, shake with the dynamic atmosphere on the streets of Tokyo, and strain into a chilled glass.

The Japanese Maple is a nicely balanced drink, and it gives you ample room to experiment.  For example, you could switch the whiskey's origin and make a Scotch Maple. As the whiskey is the main star of the show, you want one strong enough to stand up to the citrus and sweet flavors, but not so strong that it overpowers everything else. Use 100% maple syrup if you can. Most maple syrup on the market is either Grade A (lighter color and flavor) or Grade B (darker color and more intense flavor). Generally speaking, when using maple syrup less is more, especially if you're using Grade B.

After you have a Japanese Maple, your taste buds and liver will use a phrase that's familiar to everyone who has heard a very specific Styx song -- domo arigato!