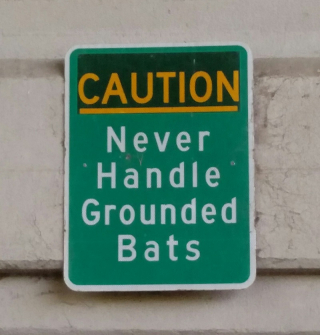 If you're a child of the 1980s like me, you'll probably like the Netflix series Stranger Things. You'll definitely appreciate period details such as the floppy disk.  I thought about the show as Ms. Wulf Cocktail Den and I recently savored cocktails at the Floppy Disk Repair Company in Austin.  Courtesy of Chris, who remembered us when he worked and we drank at a different watering hole, we imbibed a number of cocktails.  The Racketeer is spectacular, especially if you think you're a Whiskey Queen, and other standouts included unusual libations such as the Royal Bermuda Yacht Club and familiar ones like the Vieux Carre.

The atmosphere is funky (in a good way).  You can get high quality cocktails in a beer and a shot environment. A quick word of advice -- you can't just walk in.  Even though the fake speakeasy trend peaked awhile ago, the Floppy Disk Repair Company insists you message it beforehand, and then you get clues for the passcode.  It doesn't take much effort (just 24 hours advance planning) and the cocktails are worth it.

Like the speakers in Spinal Tap and one of the main characters in Stranger Things, the Floppy Disk Repair Company goes to 11.

I found this helpful to be honest, writing style and tone was very modest.