Wulf Cocktail Den
Home Archives About
Or What? -- Orgeat Syrup
A Cocktail With Counsel -- The Attorney Client Privilege

The Mai Tai evokes Hawaii, aloha shirts, and tiki glory except ....... it doesn't come from Hawaii. 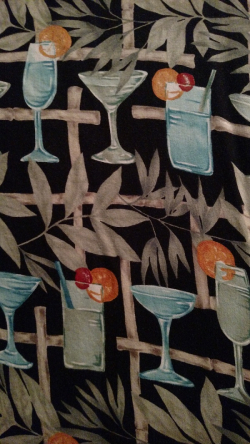 So where is it from?  California.  Some sources point to Donn "the Beachcomber" Beach creating it in Los Angeles in the 1930s, while other sources point to Victor Bergeron (the founder of Trader Vic's restaurant chain) creating it in Oakland in the 1940s. Most everything about the Mai Tai is debatable, including how to make it.  I slightly adapted this recipe from the Employees Only bar in New York City.

Combine in a shaker with ice, shake with the polar opposite of the laid back tiki vibe, and strain into a chilled glass.

Are you thinking "where's the pineapple juice?" I like pineapple juice, and many versions of the Mai Tai have it. I prefer this version because it only contains four ingredients, and you get that great balance of sweet and sour.  Also, neither of the likely original Mai Tais used pineapple juice.  Want a tiki drink with pineapple juice? Try a Jungle Bird. The phrase "mai tai" probably doesn't come from the Chinese language, where it literally means "sell a desk."  The more accepted understanding is that it comes from a Polynesian dialect and roughly translates as "the best."

Let this new knowledge soak into your brain like the Mai Tai soaks into your soul.