Another Cure For Cancer -- The Cancer Killer #2 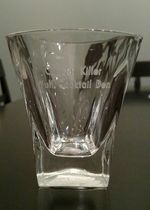 Sometimes good things come in pairs.  Earlier this year I created the Cancer Killer #1 in honor of my friend Stephanie, who defeated breast cancer last year.  As my wife noted, breasts come in pairs, so it made sense to create a second Cancer Killer cocktail.  I wanted this one to be undeniably pink so there would be another way to drink pink to save the ta-tas. 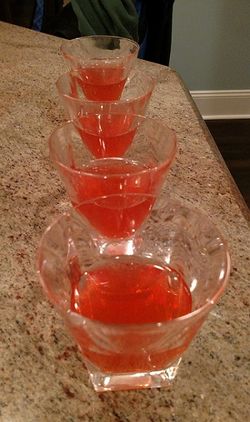 Combine in a shaker with ice, stir with the conviction of giving cancer the fatal one-two punch, and strain into a chilled glass.

A word of caution -- be careful with the bitters. The first time I made the Cancer Killer #2 I used Regan's, which is quite strong and came close to overpowering the drink.  My suggestion is if you have strong bitters use one dash, and if you have something a little sweeter, e.g. Angostura orange bitters, use two dashes.