As I mentioned in an earlier post, I love ginger flavored anything.  Last month I attended my first Tales Of The Cocktail conference.  During the conference my wife and I sampled Barrow’s Intense Ginger Liqueur, and the next night we met the founder of Barrow’s Intense, his wife, and his assistant at a great bar in New Orleans.  They are all good people. 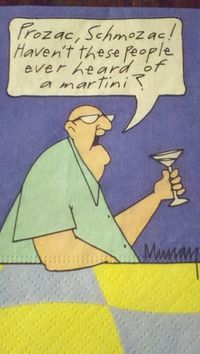 Ever since the sampling and fortunate encounter in New Orleans, I’ve wanted to get my hands on Barrow's Intense.  This week it happened.   Even though it is not yet on the shelves of liquor stores where I live, I was able to procure it from Park Avenue Liquor, which despite its name is actually on Madison Avenue in New York City.  The place has a great selection and the staff is quite knowledgeable.

Does it enhance my ginger lime martini?  To quote the Mr. Big character from Sex and the City (yes, I watched the show, albeit for a completely different reason than my wife), absofuckinglutely. 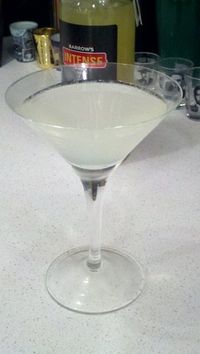 Here is my new and more intense ginger lime martini:

Even though this ginger lime martini isn’t technically a martini or quite as powerful as my original version (Barrow’s has a slightly lower proof than Domaine de Canton), the taste is stronger.  It brings back fond memories various places in Asia (Thailand, Singapore, Cambodia, and Vietnam) to which I have traveled and that use ginger in their cooking and cocktails.